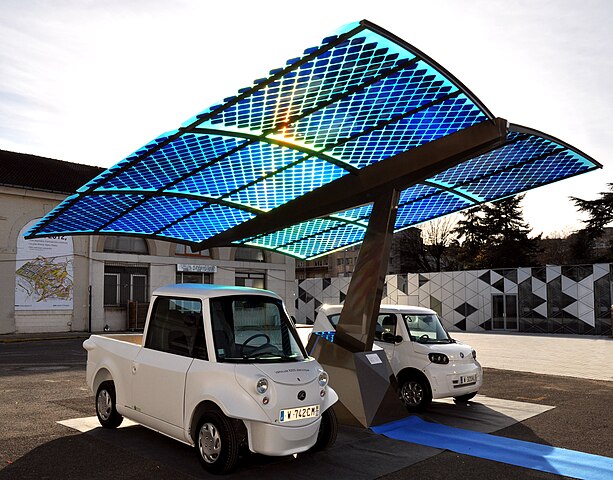 While other types of energy sources continue to represent a large part of our usage, there is no denying the role solar energy has been playing over the last five years. An expansion of the solar energy industry provides several benefits for our nation, such as reducing carbon emissions and dependence on foreign energy.

Perhaps the greatest benefit is not what investments in solar power will reduce in terms of energy dependency or pollution, but what it will add to our country: solar energy jobs. The industry has seen enormous growth in the job market since 2010 (about 20% each year) at a time when the overall job market has been in decline or relatively stagnant. In 2014 alone, solar expansion was responsible for 31,000 new jobs according to labor statistics.

So where exactly are the new solar energy jobs being created?

To be counted as a solar job, a worker must devote at least half of their time to solar-related activities. In total, there are roughly 170,000 solar jobs in the U.S. after the 31,000 created just last year. But what exactly are these jobs that have been created and how are they expected to grow in the future?

Seeing some of the largest gains in terms of percent growth of solar energy jobs due to solar expansion is the position of Project Developer. This can be attributed to the vast increase of utility-scale projects ongoing in the U.S.

A utility-scale project is a project that is large in scope and one that is sold to wholesale utility buyers rather than end-use consumers. The energy provided will come from various forms of solar energy, such as concentrated solar power, photovoltaics, and concentrated photovoltaics.

Even in other energy markets, the demand for this type of job will expand. The fast growth in recent project developer jobs will continue — if our nation continues on the right path of increasing solar utility-scale projects to meet our clean energy needs.

While Project Developers are the fastest percent growth job in the sector, Solar Installation employs the largest total workforce. With upwards of 80,000 currently working in solar installation, the profession has seen a steady increase of about 20% yearly since 2012.

Much of this can be attributed to the dramatic decrease in the cost to produce solar power sources. Photovoltaics in particular have seen costs drop substantially since manufacturing has been scaled up and the technology has been improved upon over time, using new techniques and materials. In addition, well-trained installers, particularly those with more experience, are the reason for the further reduction in installation charges.

Nevertheless, the United States is trailing in the wake of other countries who have more prominent national programs that are requiring their use of energy to shift over to solar as opposed to fossil fuel. The U.S. is fourth in line behind Japan and Germany, and even Spain, in the PV installations market.

With the increasing needs in the US for energy coupled with the declining costs in production, it’s easy to see the need for qualified solar installers. What also gives this profession cause for optimism stems from the fact that installation work, unlike manufacturing, can not be outsourced — it must be done by domestic companies like Bob Heinmiller Solar.

One area that had been hurting in the solar sector recently was manufacturing. This is, in part, due of the dramatic decrease in cost of production and the ability to outsource that production. Even with those challenges, the solar manufacturing jobs are slowly increasing despite earlier declines in 2011 and 2012.

As manufacturing companies feel more financial security than in years past, it is now predicted that these positions should see 5-10% growth going forward.

The economic climate today is pushing the U.S. government to make necessary investments into those industries that’ll ameliorate the economy. Th U.S. must be wise when investing in industries that encourage us to become more independent with energy. Doing so will help reduce environmental risk while improving our security.

Expanding solar energy use will result in a domestic, reliable and clean energy source that will simultaneously create opportunities for new solar energy jobs in the millions. Not only is solar the cleanest of energy technologies, it’s also the producer of more jobs per MW (MegaWatt) installed capacity than any other energy source.

Whether it’s in positions like project developers, manufacturing line workers, installation workers or others like even sales agents, the U.S. economy will greatly benefit from an expanded solar energy sector in the form of a multitude of new job creations.

Needless to say, solar expansion will not materialize without the proper governmental policies to remove fundamental barriers that prevent solar energy from competing in the energy market.

It is for this reason that we as citizens must be vocal and vigilant in our demands to local, state, and federal government about our desire for expanded solar power. Not doing so could cost this country countless new jobs — and a cleaner, renewable energy future.

Brian Levesque is a business student and freelance writer who contributes advice and articles on operations, advertising, and emerging markets.

This site uses Akismet to reduce spam. Learn how your comment data is processed.

Register for this site!